Anxiety is a health problem that we hear a lot about these days but people often don’t understand what it is. The online world is full of people discussing their anxiety disorders and an equal number of people that dispute them. The reason there is so much argument around the issue is that people are trying to simplify it too much because they don’t fully understand what anxiety disorders are. Most people tend to make the mistake of thinking that having an anxiety disorder just means being nervous all of the time about everything but the reality is, there are a lot of different types of anxiety disorders, often caused by high stress levels. They affect everybody in their own way. The best way to understand the problem is to educate yourself about the different types of anxiety disorder. This can be followed up by researching possible treatments and remedies, such as kratom, but be sure to consult your doctor first before trying any treatments or remedies as the doctor can help with pinpointing the problem and treating it safely. Information on kratom can be found at https://kratom.org/guides/. Other remedies can also be researched online as well. 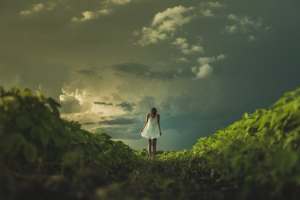 This is what most people are thinking of when they hear about people with an anxiety condition. People that have experienced extended periods of feeling anxious are likely to have general anxiety disorder. These feelings aren’t caused by anything in particular so people that have this condition often feel helpless because it seems as though there is no way to stop them. If you are diagnosed with general anxiety disorder, your symptoms can cover a wide range of things and all patients react in their own way so you should never discount somebody’s experience or claim that they are exaggerating their symptoms.

Panic disorder is a more obvious anxiety condition and the symptoms are usually the same in most people. As its name suggests, panic disorder primarily manifests itself in the form of panic attacks. As feelings of anxiety build and build, they eventually come to a head during a panic attack. They aren’t triggered by specific events and can happen at any time. This means that if you have panic disorder you will be constantly on edge about having an attack and this fear in itself can lead to more attacks so if you don’t see a doctor for treatment it can quickly spiral out of control.

PTSD is more well-known but people don’t usually consider it an anxiety disorder. There are plenty of veterans PTSD resources out there because most of us recognize PTSD as an issue that affects the military. However, it can affect anybody that has witnessed or been a part of a traumatic event. The effects of PTSD can be very damaging as they cause you to experience flashbacks and nightmares that seem incredibly real.

Obsessive Compulsive Disorder is another condition that people might not necessarily think of as an anxiety disorder. You often hear people saying that they’re a bit OCD. It’s a throwaway comment and they might not mean anything by it but keeping a tidy house doesn’t mean that you have OCD. It’s a serious medical condition that can completely rule people’s lives. The obsessive aspect usually comes in the form of negative thoughts or urges that you cannot stop from coming. The compulsive aspect is what most people are familiar with; OCD sufferers will often find that there are actions that they feel that they must repeat over and over and if they don’t it causes them serious distress.

Now that you know a bit more about anxiety disorders, you can be more understanding around people that have them.