We’re pretty much aware that, when dealing with people, be it a business deal or casual plans with friends and family, that following through is important. If I sell you a product, I need to give you that product and you need to give me what you said you’d pay for it. If I say I’ll bring the cake to the party, I should bring the cake to the party. 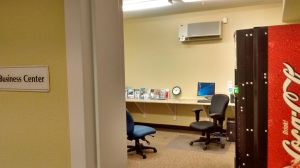 But, something too many of us forget is, communication, particularly when there’s a potential that things may change or go wrong, being ethical, and yes, following through (and be sure you can follow through)!  These may seem minor, especially the communication part, but they can be just as important for building and keeping trust, as delivering the product itself. Below is an example of a business transaction that I was involved in where all of these things came into play.

Communicate when Things Change Unexpectedly and Be Ethical!

Recently, I was selling an air mattress online. A potential buyer, who we’ll call, ‘Jim‘, called me and said he wanted to buy it, but at $5 less than I was listing it for, which I agreed to. We agreed to meet at a certain time and I thought that this was fine.

I was then texted by a 2nd potential buyer we’ll call, ‘Karen‘. I told Karen that there was a potential buyer in front of her but that I’d let her know if the deal fell through, or if it did go through. In other words, I would let her know either way so she would know where she stood. I also gave her a date by which I would know for sure, just a few days away.

Well, I called Jim to confirm just before our meeting time and he said he was out of town on short notice from his work and couldn’t meet until the next Saturday, which was a day past the date I’d given Karen earlier.

So, I asked him if Saturday was definite and he told me he never works Saturdays and would definitely be available. I did let him know that I had a deadline to give an answer to another buyer so that Jim would know I was holding the item for him. He told me he would be buying the mattress for sure on Saturday.

Having sold things in the past, I knew well that something isn’t sold until the buyer actually and physically picks up the item and gives me the money!  As far as I was concerned, I wasn’t believing that Jim would be buying the mattress until I would actually meet with Jim and he would pick up the mattress and pay me the money he agreed to pay.

I then contacted Karen again to let her know that Saturday was the new deadline and that it was certain I’d have an answer for her, and I did apologize and explained the situation concerning the first potential buyer. Karen then offered me $5 more if I went ahead and bypassed Jim and sold it to her, but I told her that I couldn’t do that to Jim as I’d given him my word to wait until Saturday. To Karen’s credit, she said that was fine and she didn’t get mad or surly in any way as many other people would have.

On top of this, a third potential buyer we’ll call ‘Bill‘, texted me and I told him he had two potential buyers in front of him but that I’d let him know by a certain date or earlier for sure on where he stood and would keep him updated.

So, Saturday arrives and I decide to call and confirm again. (Not everyone has the message of this post or will learn from their own experiences, so, unless you know that the person you’re working with is truly reliable and will communicate when needed, confirmation of such things is advisable.)

And lo and behold, when I called him, he tells me he was called to work that Saturday! Now, to Jim’s credit, he did say to go ahead and sell it to someone else, and he did apologize to me.

What I wonder is, would he have told me at all, or would I have ended up at our meeting place, waiting and waiting for someone who never would have shown up?

Anyway, I contacted Karen and we agreed to a meeting place and she did show up and bought the air mattress, I let Bill know that it had been sold, and all was well.

So, in your dealings, do keep everyone who’s supposedly in the loop, in the loop. Update everyone in the loop so you don’t hear later, “I never got the memo!”, or something to that effect. If you have a smart phone and you know that everyone else in the loop has one also, it’s even easier to keep everyone updated at any time!  (Just don’t text while driving. Pull over and park first!)

And, if you tell someone you’ll call them, call them! And if you do forget to call them (which we all do from time to time), and they bring it up to you that you didn’t call them when you said you would, please, don’t say to them, “So why didn’t you call me?”, when it was you who said you’d call them! It was your responsibility to call them!

And don’t reserve a time with someone and tell them it’s certain when you know it really isn’t, and if you do reserve a “guaranteed” block of time, for someone, try to keep that commitment! And if you can’t guarantee a time, then let the other party know that it’s not guaranteed, and agree to a limit as to how long or how many changes they’ll be before letting the other party know that it’s ok for them to move on.

And finally, speaking of ‘reservations’, it should be first come first serve, unless, in a business dealing, you’ve put the ‘deal’ up for bids and have let everyone concerned know. Otherwise, if you have a potential buyer and you’ve agreed to sell it to that buyer at a certain price, don’t dump them if the next potential buyer, who’s arrived after the first buyer, offers you a better price. And the same goes for if you are the buyer and have agreed with the seller to buy something at an agreed price. If another seller jumps in, after said agreement was made, and offers a better deal, go with the first, since you’ve already agreed to buy from the first seller. It’s just plain unethical to do otherwise.

So keep talking! And be ethical! It’s worth it in the long run!

The first time you throw a dinner party, you’re most likely going to ask for a bit of help. It depends on the number of guests, of course, and how complicated you’d like it – if you only invite your closest circle, they’re probably not going to mind it if you mess up a bit. Step it up a notch and host a dinner party for your in-laws, however, and the kitchen seems awfully hot all of a sudden. 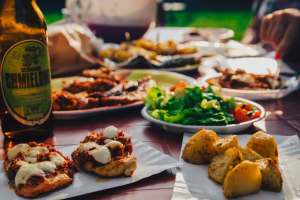 Don’t sweat it; here is a handful of the best advice on the dinner menu, drinks, and entertainment, to wow your guests for good.

Make it as easy on yourself as possible since it’s your first time. Start with inviting the guests you’d like to dazzle – and make sure it’s a group that will get along. A quick phone call is enough, or you can make the event on Facebook if you’re inviting a lot of guests. That way, they get the chance to RSVP, and you can update them all at once if you have a message.

This is also the chance you get to ask about any food allergies and vegetarian preferences. Hopefully, your guests will offer to bring something with during this conversation. Accept it immediately, unless you’re excited about showing off your culinary skills. Besides, an extra side dish or two is hardly going to overshadow your centerpiece cooking.

Planning the dinner menu is also a part of the preparations, and you’d want to put your cards on the dishes you’ve cooked the most. You might have found inspiration for this party from a particular dish you’ve never cooked before; go ahead and serve it, but make sure you’ve cooked it once or twice before to practice. Half an hour before dinner is no time to realize how easy it is to burn a mushroom risotto.

Focus on dishes you know well and make sure it’s something on the table that everyone can enjoy. Do as much as the preparations in advance as possible, so that you avoid all the chopping and pre-cooking on the day of the party.

Two or three varieties of drinks should be offered to your guests. It’s a good idea to ask people what they like; if most of the group only drinks grain alcohol or standard beer with every meal, there is no point in stocking up on different wines. If you’d like to keep it formal – for the fun of it, try to serve drinks as they should be served according to table etiquette. Here is a comprehensive guide to formal dinner parties if you’re interested.

You’re the one who sets the atmosphere at the party, so prepare to be fun and cheerful. Greet the guests in a casual and relaxed way; it’s nothing wrong with welcoming them in your slippers or even barefoot to put them all at ease.

When you manage to stay stress-free, focus on having fun and socialize with your guests, there’s nothing that can go wrong. Even if a few of the dishes are less than what you hoped or the kitchen is full of smoke, you can just laugh it off and make sure the rest are enjoying themselves.

Good music, drinks, something to eat and a lively host is everything they need to have a good time; you only need to ensure the conversation flows smoothly and that people have what they need. It’s your duty, so to speak, so pour yourself a glass and look forward to a fun evening.