Home safety has become an extremely important facet of our everyday lives. It may not seem like it, but our homes have plenty of valuables and personal belongings that we can’t bare to see lost. Money might be one issue, but our memorabilia, such as an old clock or watch that’s been passed down from our grandparents, is an invaluable object and we’d be devastated to lose those sentimental items than our money. 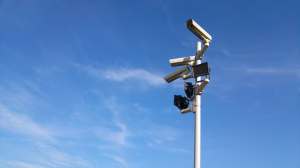 As a result, it’s important that we protect our homes from intruders, thieves and burglars—and at whatever cost necessary. There’s no use spending a couple of dollars on a fake security alarm or CCTV camera that doesn’t actually work. Thieves are professionals and they’ll instantly be able to distinguish a fake from something real, so don’t expect something cheap to deter them. In fact, if they spot that you’ve cheaped out on proper security, it means you’ve got something to hide and they’ll most likely target your home over another.

To help you with your security concerns, here are some of the best security upgrades that you can buy for your money. Some might be simple upgrades, while others might require you to replace parts of your home. Either way, these products will be worth their cost as premium home security measures.

Your windows serve as an easy access point for burglars. They don’t care that they’re going to make a mess, they’re just going to do a smash and grab. They’ll break your windows with whatever tools they have on hand, or they’ll kick down your doors if they have to. Unfortunately, there isn’t much you can do once they’ve broken in—unless you prevent it in the first place.

These security window screens are perfect for people who are worried about their homes being broken into. Any security-grade window will be resistant to smashing, slamming and even cutting. Unless the thieves have professional tools to cut through the material, they’ve got no chance of breaking in—not even if they shoot at it with a gun. 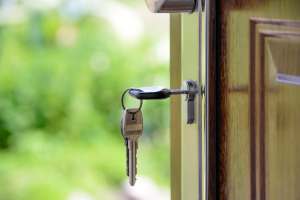 Let’s be honest, a camera isn’t going to do any good on its own. You might have an easier time finding the perpetrator after the deed is done, but that doesn’t mean you’ve prevented the crime and you’re still going to be without your belongings. As a result, you need a security system that’s capable of alerting the local authorities. You also need it to have a loud screeching sound so that it alerts not only the burglars but the neighbours around you. If you have a neighbourhood watch, then they’ll be more than happy to call the police as well, or potentially distract the thieves long enough for the police to arrive.
However, it’s never a bad idea to have CCTV cameras (that actually work) as both a deterrent and as a means of finding the thieves if they do escape. You’ll need to find the best locations to put a CCTV camera, and you can also hook it up to a WiFi device so you can monitor it even from your phone.