Technology has always been a fluid and ever-changing area. For businesses, this means that a lot of work has to be done to make sure that they don’t get left behind. Times are changing, though. And, so is the way that tech is evolving. So, nowadays, you not only have to stay ahead of the advancements; you also have to stay ahead of how tech is advancing. This is hard for people without loads of time. And, it gets harder when you don’t know what to look for.

Our technology is always advancing at an alarming rate. In fact, the rate that we are making advancements in most fields of technology are increasing. This means that humans are doing more than ever to make changes to the way that we live. But, these changes aren’t in the same ways that they used to be. When computers first hit the scene, there were loads of physical improvements that could be made to make them better. Over time, the point has been reached that we can’t get any further until we make changes to the way that computers work. This has led to innovation to be found in software; instead of hardware.

It’s hard for companies to make computers more powerful because of two major drawbacks; power and heat. At the moment, the conductors that we use for processors are very inefficient, which means that they lose a lot of the power pumped into them as heat. By making the processor larger and giving it more power; it’s possible to make a processor much more powerful than the ones found in most computers. But, this process also makes it run a lot hotter. And, it will need a lot more power to run. The best answers around for these problems can be found in superconductors and organic computers. Both of which are a very long way away from being usable on Earth. And, may not even be possible. 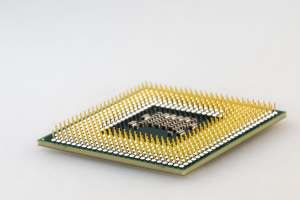 This leaves the only room for innovation to be in the software that is run on these machines. But, as software changes, it’s hard to follow. Unlike hardware, where you will have large trade shows and news about releases; software will simply be release. And, there will be nearly no advertising for it. So, knowing that new tech is coming can be a great challenge when you’re looking for software. The best way to deal with this is by taking on a little bit of help.

Thankfully, the help that your business needs can be found everywhere. IT support is a very common business. People have realized that companies struggle with this area. And, to take some of the pressure off, have started companies dedicated to helping them. A good IT support company will be able to advise your software choices. And, they will be able to keep up-to-date, so that you don’t have to. This can make life much easier. And, even make your business a little better, too.

If you want to take your software game to the very top level, then you need to look at developing your own software.  For most companies, that’s actually going to mean working with a third-party devops professional services company to develop software to your own specifications.  Well-developed custom software meets your company’s current needs perfectly and has room to grow with your business.  It really is in a class of its own. 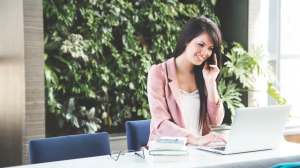 (Image Source)
Hopefully, this will inspire you to start working hard to make sure that your software is the latest possible option. As new software is released, new features become standards in the business sector. If you don’t keep up with this; you could struggle to communicate with business in the future.

And thanks for reading! 🙂