The majority of kids go through their life desperate to get to the driving age. To them it screams freedom, and to be honest, nothing does give more freedom than being able to drive yourself around. No more relying on parents for a lift, or even worse, public transport. There’s nothing better than that first drive on your own, picking up your friends, and just driving round for hours. Now, whilst to some people this is the dream, others put off driving for a few years, and they have good reason to. Whilst there are many highs, there are also many lows. This article is going to explore a few of them. 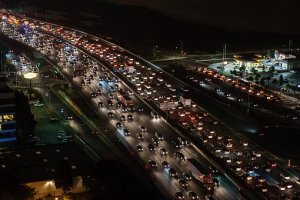 The obvious main positive of driving is the freedom it gives you. You’ll have spent your whole life relying on lifts, various methods of public transport, or walking. As soon as you get your first car you’re free to drive wherever you wish. You’ll be able to visit different parts of the country you never had before, and pretty much gain complete independence. In the beginning, it’s all about road trips and driving round with friends. But as time goes on, you’ll realise how easy simply popping to the shop for a snack is compared to when you didn’t drive.

Another positive is the job opportunities it’ll open up for you. More companies nowadays ask whether you’re able to drive as you’re more appealing to them if you have your own method of transport. There’s less risk of you being late to work with driving, compared to if you were catching a bus or train. It also means you can travel a bit further afield for a better job opportunity if needed. There are also so many job opportunities out there that require you to drive. E.g. delivery driver, carer, chauffeur etc.

You also become a really good helping hand for the people who have carried you through your entire life, namely your parents. They’ve given countless lifts over their time, it’s nice to be able to offer one back in their time of need. You can run errands for them when they don’t have the time, and generally make life a bit easier for them.

The technology being developed towards cars is also incredible. There are now self driving cars being manufactured to improve all round safety. This includes features such as automatic breaking when the car senses you need to e.g. if a car is harshly breaking in front of you. Within the next 50 years, it is predicted nearly all cars will be driverless, and will be a lot safer than if a human was in front of the wheel. Yes, you have to purchase an extremely expensive car to have this technology. But the safety features in cheaper cars is also improving. So if you are ever in a car accident, you’re less likely to gain life threatening injuries.

The main con is the sheer expense of driving. Firstly, you have the cost of a car. Most people choose to go for a cheap but cheerful one to begin with. This is fine, but then comes the old age issues that will inevitably creep up. Other people prefer to go for a flashy new car. This will either be an outright payment of thousands of dollars, or it’ll be finance. Financing a car is a whole new issue. You’ll have the complete cost of the car, plus a hell of a lot of interest. If you can’t afford your monthly repayments it’ll enter you into a whole new world of trouble. Effectively putting yourself into debt from a young age by financing a car is risky, but so many young people choose to do it. Then there’s the rocketing prices of insurance. For any young driver, insurance prices will be through the roof. If at any point they have an accident, they’ll go to nearly impossible to afford. Prices only really start dropping after the age of around 24-25, and as long as the no claim bonuses have built up. Add on the prices of taxing a car, and driving really is just one big expense that sometimes just isn’t worth it.

Driving is so dangerous. It is the most dangerous method of transport in the world, claiming around 40,000 lives per year. If the accident is not fatal, you’re more than likely to either be injured or very seriously injured during a collision. At some point in every drivers life, they’re bound to have an accident at some point no matter how small it is. Most of the time, accidents are down to careless driving from another vehicle. But it is sometimes very hard to prove this. It’ll be down to a car accident lawyer to help the non guilty driver through a court case. If the accident was your fault, you’ll have to live with the physical damage, and the mental damage if you’ve injured someone else. Drink and drug driving has also been on the rise as of late, further increasing the risk of an accident.

The general annoyance that driving can bring is another con. Getting stuck in traffic being one of them. Highways are the worst for big pile ups, meaning delays of likely 30 minutes or more per journey. Streets can be just as bad during rush hour. This can create a lot of issues, especially if you’re travelling to work or an important event. Then there’s the issue of breakdowns. Most of the time, your car will decide that an hour into a three-hour journey is the perfect time to break down. You’ll rarely be lucky enough to have your car break down from the comfort of your drive. Having to wait for a tow truck to arrive, and paying the large fees for the tow, and the repair is annoying.

So driving seems to be just a necessary evil for the most part. It might give you all the freedom you need, but it definitely does cause a few to many issues.