Before it’s revealed, think for a moment about what you think the safest car on the road would be in 2017. You might not know the name but consider some of the features that you believe it might have. You might go completely futuristic and determine that the safest car on the road today is obviously going to be one that is autonomous. Actually, with all the talk around autonomous tech, that idea might not even feel that futuristic. It could feel perfectly normal and almost expected. 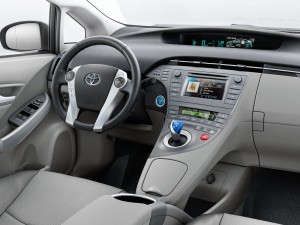 After all, it makes sense, doesn’t it? You might be aware that ninety percent of accidents caused on the road are due to human error. So, you could assume that by cutting the human out of the equation you have one of the safest cars ever built. But there’s a few reasons why this isn’t the case, and no, the safest car of 2017 is not autonomous, although it does have adaptive cruise control which is perhaps a step in the right direction.

Why isn’t an autonomous car the safest on the road? Well, there are a few reasons. First, one could argue that completely autonomous tech doesn’t actually exist. The most advanced form of the autonomous vehicle tech comes from Tesla. However, you have to make sure you keep your hands on the wheel for Tesla tech to work. In fact, a recent update means you have to apply pressure too. So, you’re driving…without actually driving.

Besides, even if you could drive an automated car with no hands, they’re not that safe. Almost every version of automated tech on the market today has crashed at some point, leading to severe injuries and even fatalities in certain cases. We just haven’t reached the point yet where this tech can be considered a safe bet and even if we could it’s not really that affordable. So what other ideas did you think of when you were picturing the safest car on the market?

Yep, perhaps you thought that the safest car in the world would be one of the most expensive. After all, there are stunning sports cars and incredibly powerful cars packed with every luxurious feature such as massaging chairs and every soft material imaginable. But that doesn’t make them safer and luxury car developers don’t actually pay that much attention to safety because they know that’s not what their target audience is looking for. They want the fastest not the safest. They want the comfiest seats, not the ones that will keep them completely free from injury in a crash. The most expensive cars in the world are actually quite odd and can be found on https://www.cbsnews.com/pictures/worlds-9-most-ridiculously-expensive-cars/.

In contrast, cars for the masses are developed with safety as one of the most important priorities. That’s why the safest car in the world is not the most expensive. It’s actually available on the market for a cool thirty grand. That’s a darn site cheaper than most other cars on the market. How about who it’s designed for? We bet you thought it would be a car for families.

You’d be right, the safest car of the year is a family car. In fact, it’s clearly designed with families in mind to the point where almost every unique feature benefits families as well as ensuring that it’s one of the safest cars on the market.

It provides plenty of room for shopping and luggage and enough leg room in the back for a full family. As such, you can guarantee that your family won’t be disappointed with this purchase and neither will you. It’s also highly fuel-efficient, and that means it’s going to save you a lot of money. Since it’s a hybrid you can even run it purely on electric for up to 65kms and 1433km in total. So which car are we talking about? Well, you can read all about it on https://www.whatcar.com/awards/best-car-safety/2017-overall-winner/toyota-prius.

Introducing The Car Of The Year: Toyota Prius

Did you guess? There are numerous reasons why this is the safest car you can buy right now. Statistically, it received flying colours on all the safety tests it was put through and had a 92 percent safety rating for adults and 85 for children. While that might not seem great, it’s a darn sight higher than most cars on the road and available to buy today. It also had a rating for pedestrian accidents of over 75 percent. While that sounds odd, it essentially means that the odds of injuring a pedestrian when traveling at the legal speed limit are slim.

While we did say that this car doesn’t have any autonomous tech built into it, that’s not strictly true. It does have reverse AEB or autonomous emergency braking, but it’s important to put that in perspective. Essentially, this means that if you’re about to hit something like a pedestrian behind you, the car will brake for you and prevent the incident. The car won’t be able to avoid other people hitting you though, and if that happens, you’ll need a site like https://www.calahanlaw.com/baton-rouge-car-accident-lawyer/. They’ll help you get the compensation you deserve from someone for damaging your super safe car!

This isn’t the only cool feature the car offers of course. It also has warnings to tell you when you are over the speed limit and it can even alert you of dangers on the road. So, while not autonomous it’s certainly heading in that direction, and with an 85 percent assist rating, it could certainly help you avoid an accident.

Of course, the reason why this car gets such a high rating and has been named the safest vehicle for the roads is that all the features we’re talking about are standard. It’s common for additional safety features to cost extra for the buyer but with the Prius, all the features are built-in. As such, it’s completely affordable for a family to have the safety they deserve on the road with this vehicle.

So, will you be purchasing a Prius this year? You can learn more about how to on http://www.greencarreports.com/. Or, are you hoping another vehicle will blow it out of the water in 2018?