Updates in car safety have long taken the motoring world by storm, but it’s the technology advances and the luxury upgrades that are the game changer. Sure, everyone wants a car that is easy to use and safe to drive, but you can get basic car models that do those things. Throw in some high-tech gadgets, some excellent entertainment and a car that is so clever it parks itself, and you have a luxuriously attractive car. Car enthusiasts the world over flock to car shows and review the biggest and best cars around with the features that the public cry out for, and if there’s one brand that is able to give people what they want it’s Subaru. From the Outback to the Impreza, Subaru have taken the time to update their profile as brand that thrives on luxury every year. 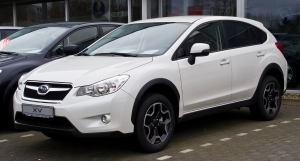 New car creation is always an exciting time, and the Subaru brand have year on year brought out new models that are bigger and better than before. The Japanese brand have this year brought out the Subaru XV, an updated all-wheel drive that is a crossover hatch. However, you won’t find reviews that are screaming about the positives of the XV, purely because the way this car has been modelled. It takes a very different approach compared to the rest of the crossover market. The Subaru XV has a car-sized body, so it’s not giant in size like it’s sister Outback, but it has all the underpinnings of an off-roader. This isn’t necessarily a bad thing though, because while the positive reviews aren’t splashed across the world wide web, they are still there and those who have the privilege of driving the XV know there are aspects to be admired. It’s important to remember that the XV is not a standard 4×4, and the styling of the vehicle is very unique. Its roots are from the Impreza range, but don’t be fooled: they are very different vehicles in what they offer. The alloy wheels are a distinctive feature, and the XV stands out because of them.

One of the biggest most talked about features of the XV is the fact that there is a blockbuster entertainment system. The Subaru brand are all about infotainment and the entertainment features of the car itself are high-end in the luxury car market. 8” in-car touchscreens that are enabled for Apple CarPlay and Android use are able to read your texts out loud to you while you drive. Not only this, you can bounce the mapping system of your smartphone to the screen – instant sat nav! This type of interlinking safety with convenience is what draws people to the Subaru brand: they think of more than just the sat-nav! The best bit about the screen at the front of the car? It’s voice-enabled, which means if you need to change your destination or even the radio station you can keep your eyes on the road and ask your car instead. Clever technology is a huge selling point for people – especially those who have children.

Speaking of clever technology, the Subaru brand is renowned for its technological safety features, as well as its impressively regular updates on each of its vehicles. The EyeSight technology that has been featured in other cars, like the Subaru Outback, is prominent in the XV. EyeSight will tell you when it’s time to go, so you don’t have to announce to other vehicles that it’s time to keep moving forward. The safety sensors in the XV adjust as you need them to, helping you to keep in control of the car. Combining the tech features with the need for utmost safety is a huge plus with the Subaru XV, and the adaptive cruise control and Vision Assist technology are there to bolster the safety of the car.

The all-wheel drive is the signature of the Subaru brand, and the XV doesn’t miss out on it. The want for a vehicle to have a grip on all surfaces that is consistent, whether on road or off, is highlighted with the XV. One of the biggest reasons people love Subaru, is the ground clearance. It’s obvious on any one of their vehicles, but they sit high and above other brand name cars. The XV has a stunning 220mm ground clearance, which is one of the highest in the small SUV class of vehicles. When you need a car that has all the features of being fashionable but also urban, the Subaru XV should be on the top of your list of considerations. The XV fits nicely between the niche of the of the small and medium SUVs such as the Honda HR-V or the Mazda CX-5.

The interiors of the XV are close those that were sported by the Impreza, but there are some touches that ensure these two vehicles stay worlds apart. The orange contrast stitching on the doors, seats and dash is seen in some models in Japan. The dash itself is far more modern it has ever been and that’s due to the sleek style and larger screen on offer. The XV offers a larger interior space to make room for the wider, more comfortable front seats and the larger foot space of the back seats. This makes it a popular choice for families, as there is more space for a car seat. If you love to go on holiday, then the roof rails on the XV have been increased by 15% and are well designed so they won’t stick out like most roof rails on vehicles. The door mirrors on either side are as aerodynamic as ever, and are smooth and functional. Function has been in the mind of Subaru during the design of the XV, and that much is plainly obvious to all who test drive it.

Subaru went to a lot of trouble to ensure their engine offers a smooth and quiet ride. It’s not just the engine either, the impressively big wheels stand at up to 18” and reduce the vibrations of the car as well as road noise. This kind of quiet drive is great for driver concentration and means you don’t have to shout to be heard with the other passengers on board. While we are on the topic of sound, check out the way the windows close on the XV compared to other models. They slow right down just before closing, which makes for a softer close and is an impressive addition to the car overall.

The torsional rigidity has been increased, which means that there is greater handling on the XV. This allows the suspension to do the right job rather than reducing the handling accuracy. When you want to road trip in the XV, you’ll be impressed by the power steering and the handling you have on the vehicle. The X-mode that was on the Forester has been added to the XV, and in doing so, Subaru have managed to adjust the stability control response. This then better suits the conditions that are low-grip. There is also an impressive Hill Descent feature, which you can read about in more detail right here. The Subaru XV is an automatic drive, but that doesn’t mean you cannot switch to manual handling. Taking control on those steep road curves can give you everything you need in power-assisted driving and let you do more on your road trip. Speaking of those sharp curves, the XV directs its power into the outer wheels. Better turning on the road means for safer driving and a sleek interaction with the way the car is handled. It can make it so much easier for you to drive on the road, no matter the terrain, because you are the one in control of the car. Subaru made a name for itself when it comes to off-road handling, and the XV is very well-suited to off-road exploits. It just doesn’t disappoint!

Subaru have always prided themselves a brand that is great value for money, with a fab reseller value on its models. The XV is a very dependable car to own, meaning that while the initial face value of the car is rather steep when buying new or used, the running costs are manageable. The after sales coverage with Subaru, which you can read about here, is very enticing. Overall, the XV by Subaru is a decent car. It’s efficient, practical and luxurious for the model. It has a charming simplicity, and is very much an appealing option for those who want to avoid the open flashiness of the 4×4 counterparts. It has been reimagined for the audience that wants better technology, larger interiors and great car handling. There will always be a market for luxury cars, but for now, the Japanese brand have clearly outdone themselves with a range of vehicles to suit everyone. The XV simply fits beautifully in with the rest!