Science has helped humans come on leaps and bounds over the past hundred years. We are now able to use and create technology that is incredibly advanced. Not only does it make our lives a lot more convenient, but it can also make them a lot healthier and safer as well.

There have been so many tech developments in the world of healthcare and medicine over the past few decades that humans have never been able to lead such healthy lives. Not only that, though, but reproduction and having babies has also been made easier for some couples as well. For some couples who have certain fertility issues, it could have been extremely difficult for them to conceive a baby naturally. These days, though, many of these couples are now able to start a family thanks to new scientific methods.

That’s just one of the ways science has helped to improve reproduction – read on to find out about some others!

Doctors can now diagnose fertility issues in people a lot quicker these days thanks to scientific improvements in the diagnostic process. Any men who are worried about their fertility can now go to a fertility clinic and take advantage of their computer aided sperm analysis service. As these computers aren’t that advanced just yet, some fertility clinics still get a laboratory andrologist to take a look at the sperm to see for themselves. However, the use of the computer analysis still speeds up the diagnosis process so that men can get the treatment they need much quicker. Scientific advancements have also shortened the diagnostic time for women as well, and any female fertility problems can be swiftly picked up. 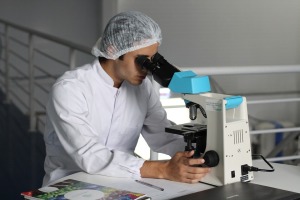 When a fertility problem has been correctly diagnosed, it is them important that the couple get the necessary treatment that will allow them to conceive. After years of research, there are now a few different treatments that can help improve the rates of reproduction in couples who do have some issues. Even though IVF has been used by a lot of couples for some years now, many scientific developments over the past decade or so have slightly improved this whole process.

LGBT Couples Have The Chance To Be Parents

Thanks to the development of medical procedures like artificial insemination and IVF with a donor egg or sperm, LGBT couples are now able to become parents if they wish. All they need to do is find a willing donor who will donate the sperm or the egg that is needed. More often than not, it is usually a close friend who donates, but there are now agencies that match up couples and donors. The artificial insemination can then be done at home – this is known as the turkey basting method. However, for better success rates, this should be carried out in a hospital where science can be used to improve the chances of the process working. 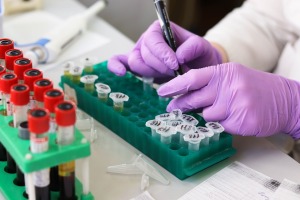 The Risk Of Certain Diseases Can Be Reduced

Have you heard the term “designer baby”? This has been a bit of a buzzword for the past few years or so and it has become quite a controversial topic as it is thought that this new science could be misused by some couples. There is now scientific methods that give scientists and doctors the chance to alter the DNA and genetic makeup of a fetus at the point of contraception. Even though this can be used for a lot of good, such as removing any potentially dangerous genes that could result in the development of a life-threatening disease, it does mean that simple things like the sex and eye color of a baby can be altered. Many people disagree with using this technology for changing non-dangerous features of a baby, like hair and eye color, as it is just the same as playing God. Using this kind of science to create a technology isn’t legal in most countries just yet, but that might all change in the future.

Some Health Conditions Can Now Be Spotted Very Early

Of course, there are some health conditions that aren’t genetic and changing the genes of a baby might not be enough to prevent them. But recent developments have helped scientists come up with ways to spot these potential conditions while the baby is still in the womb. If these are spotted at an early stage of the pregnancy, then some treatments could be carried out during the pregnancy to try and help the baby, depending on what the health issue is. If there are no treatments that can be administered during the pregnancy, then at least doctors will have a head start on treatment as soon as the baby is born.

Endangered Species Are Being Helped To Reproduce

It isn’t just humans who are being helped by new and improved scientific process and technology in reproduction. A lot of animals have benefited from many recent developments as well. For instance, many endangered species that used to struggle to reproduce, such as pandas, now have an easier time conceiving. Some fertility treatments that are used on humans, such as IVF, have been trialled in certain species with positive results. Not only that, though, but other treatments and methods have also been used to try to encourage more sexual activity between animals as well. 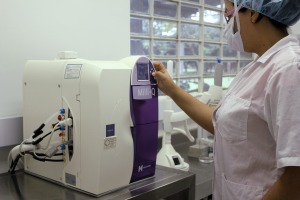 It’s also possible to look at things from the other side of the coin. Thanks to science, couples who do not wish to conceive and have a baby can now have sex without worrying about the implications. There are now many different methods of contraception, including the pill and hormone injections, that will make it almost impossible for them to conceive. These are great for couples who aren’t yet ready to start a family or just don’t want to have kids at all.

As you can see, there are many cool ways in which science is helping reproduction!